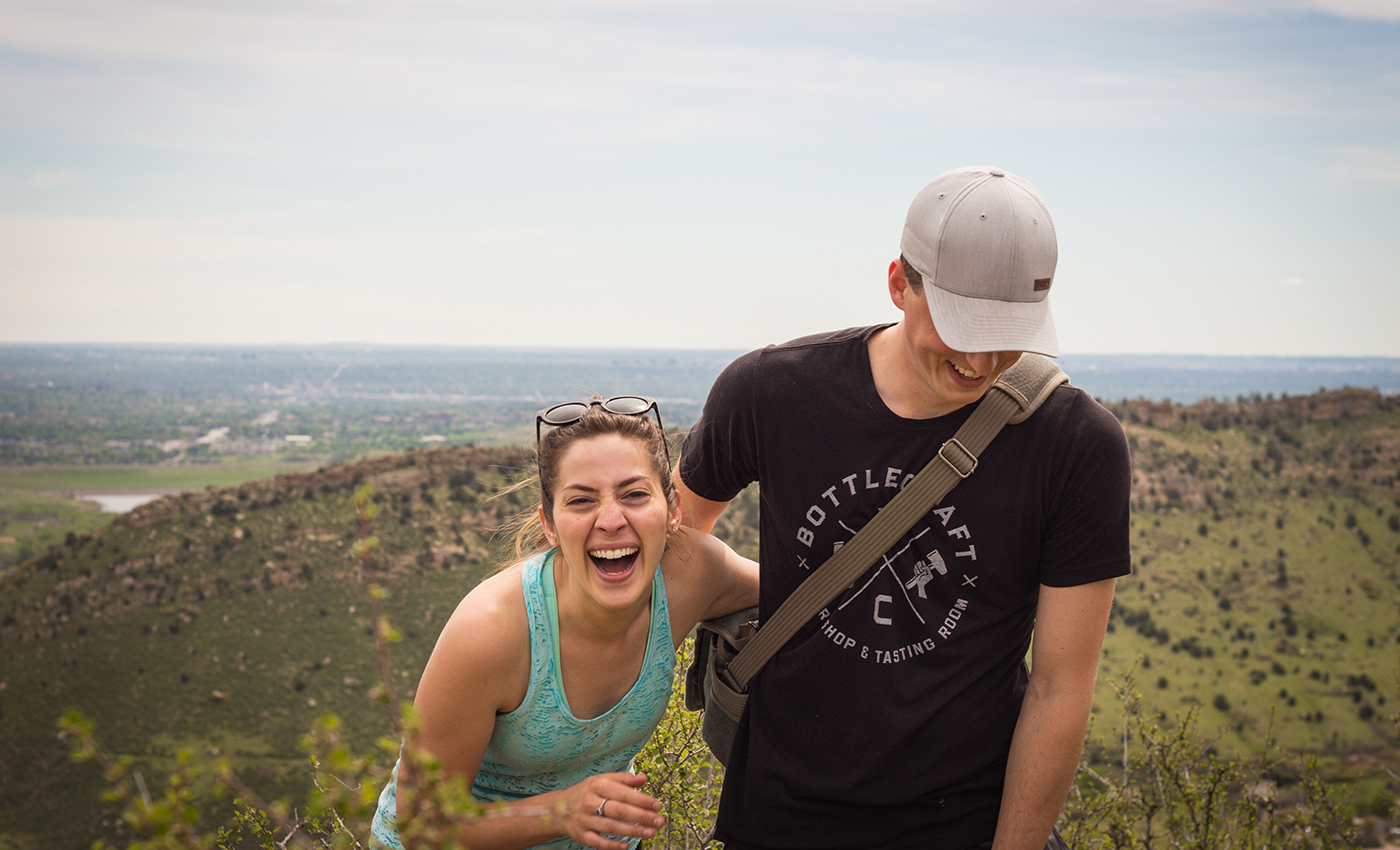 We couldn’t wait to see them — our petite, tattooed cousins, Aly and Andrea. They had just bought their first home, and were patiently waiting the last month of pregnancy. Unbeknownst to me, Chris had big plans for the trip, too. So yea. It turned out to be an epic weekend.

When we landed in Denver, we were excited to have the whole weekend ahead of us. Aly and Andrea found us at the baggage claim and Andrea’s tummy was so big! We stopped at Station 26 Brewing Co. where we consumed our first brews, crafted within the bones of an old fire house, and crepes–PB&J, cinnamon and sugar, and grilled cheese–from a converted silver Airstream trailer. Afterwards, we got a tour of Aly and Andrea’s new home, including their completely finished nursery. Did I yelp and cry from all the tiny onsies, pjs, shoes, and hats all neatly packed away and ready to go for Baby Daxton? Clearly. It was my new happy place. I lingered in the nursery long after the tour was over, crying over the taco print button up and Teenage Mutant Ninja Turtle footie pajamas. Awaiting us at our bedside table were two jars, one with almonds and one with skittles, with a love note from our hosts. We were so happy to be in Denver.

On Friday morning, we woke up to Puggle jumping up on our bed, licking our arms, and burrowing under the covers with us. Andrea made me tea, and coffee for Chris. Aly cooked up french toast and eggs. I ate like a queen using a Little Mermaid plate and a Parks and Recreation mug.

During breakfast, there was much talk about the day’s plans. We were going hiking, plans that Chris had made and talked about frequently before our trip. They seemed so worried about me being able to make it, though I looked at Andrea and her sweet baby belly wondering why the focus was on me. Surely we had picked out a trail safe enough for the pregnant woman, right? “I can do it! I brought my tennis shoes. We have snacks. Why are you so worried, Chris?” He really needed me to make it to the top.

Eventually we made our way towards the mountains, all prepared to hike Mount Falcon near Red Rocks. The hike was enjoyable, with the overcast sky keeping the sun at bay, and the breeze keeping us cool. I was thankful for Andrea joining us since she kept us at a slow and steady pace, having to stop for ‘safety breaks’ to lower our blood pressure (Andrea….and me). 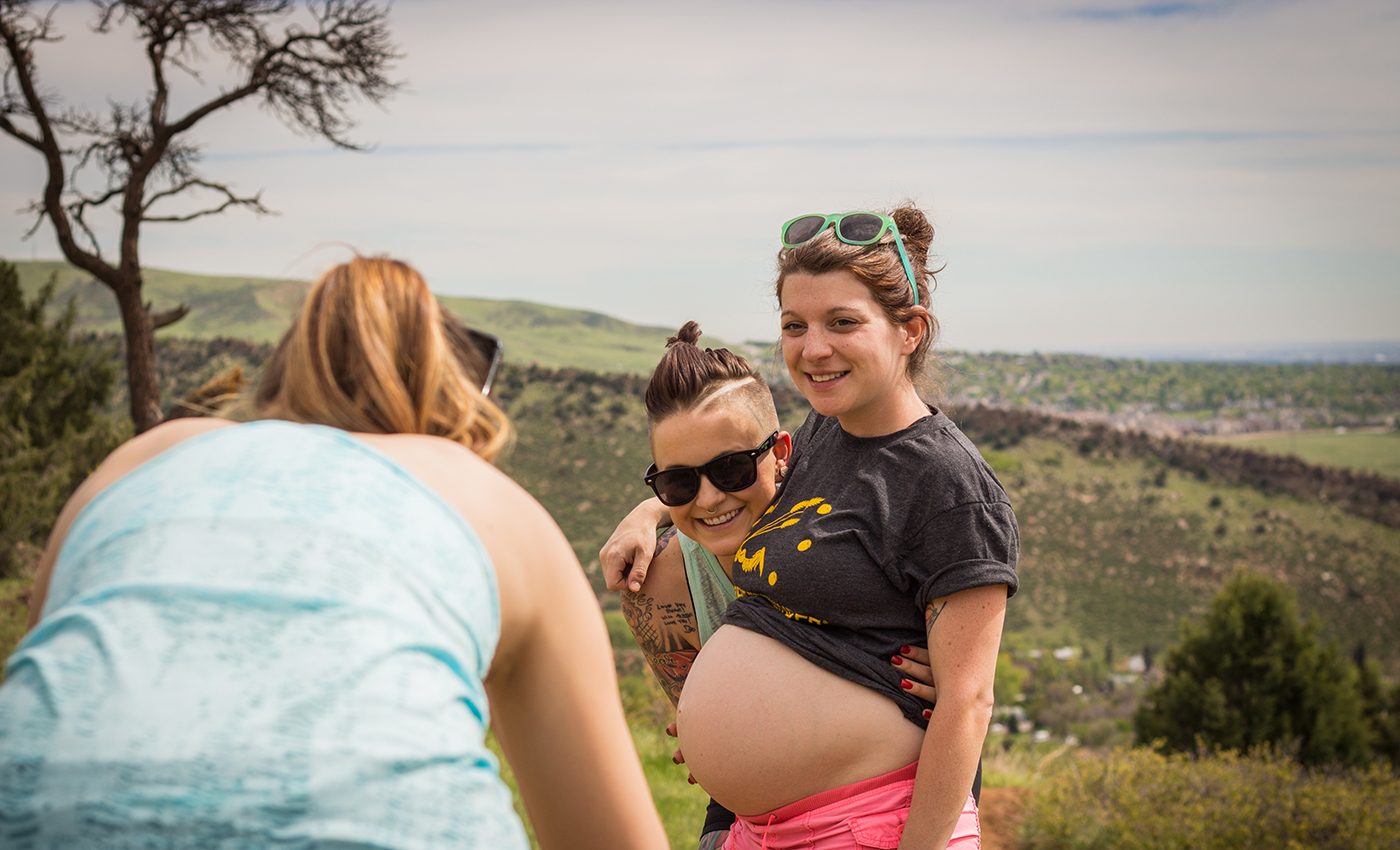 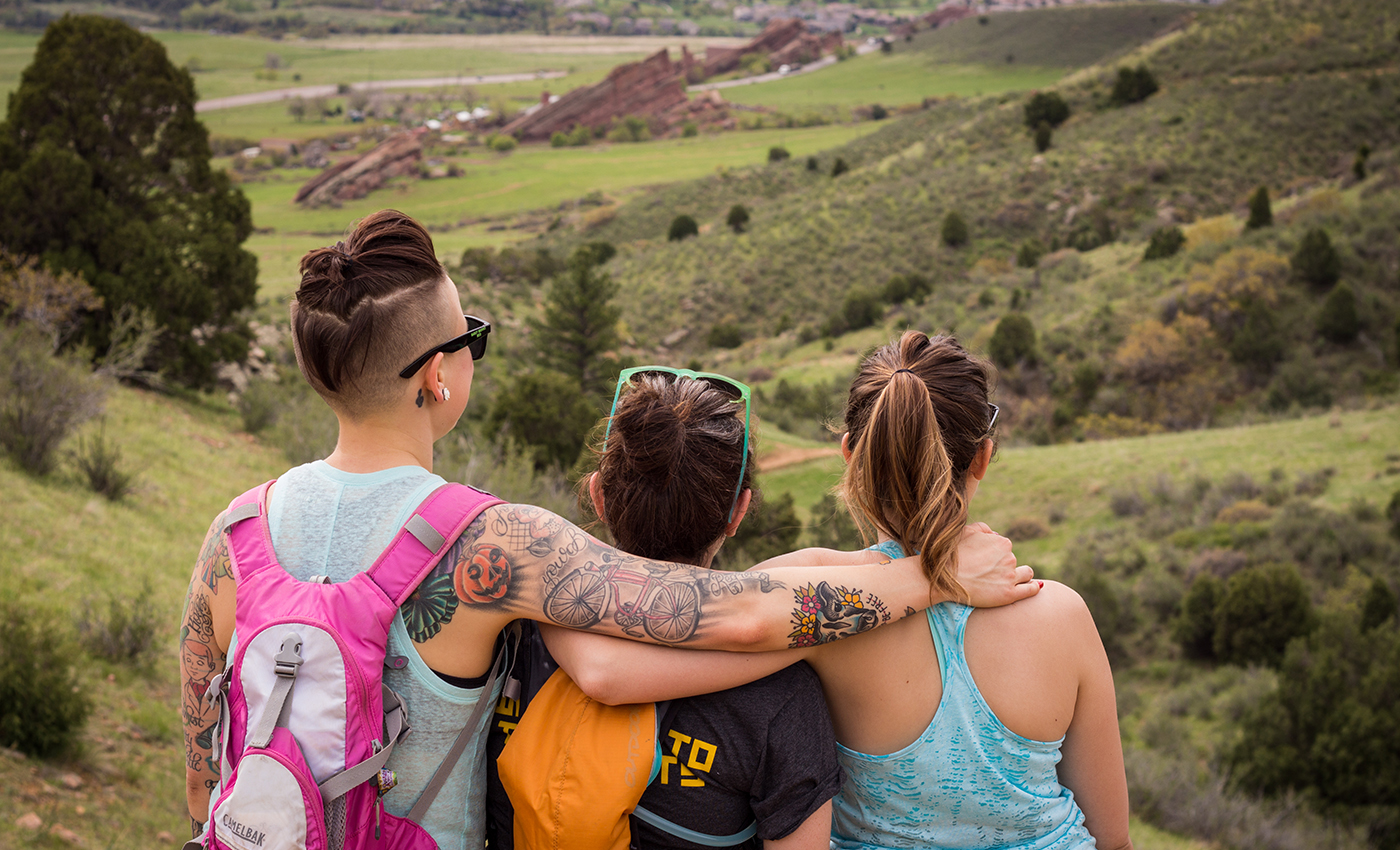 We slowly climbed higher, turning around to look out over the hills, homes, and red rocks with the city in the background. 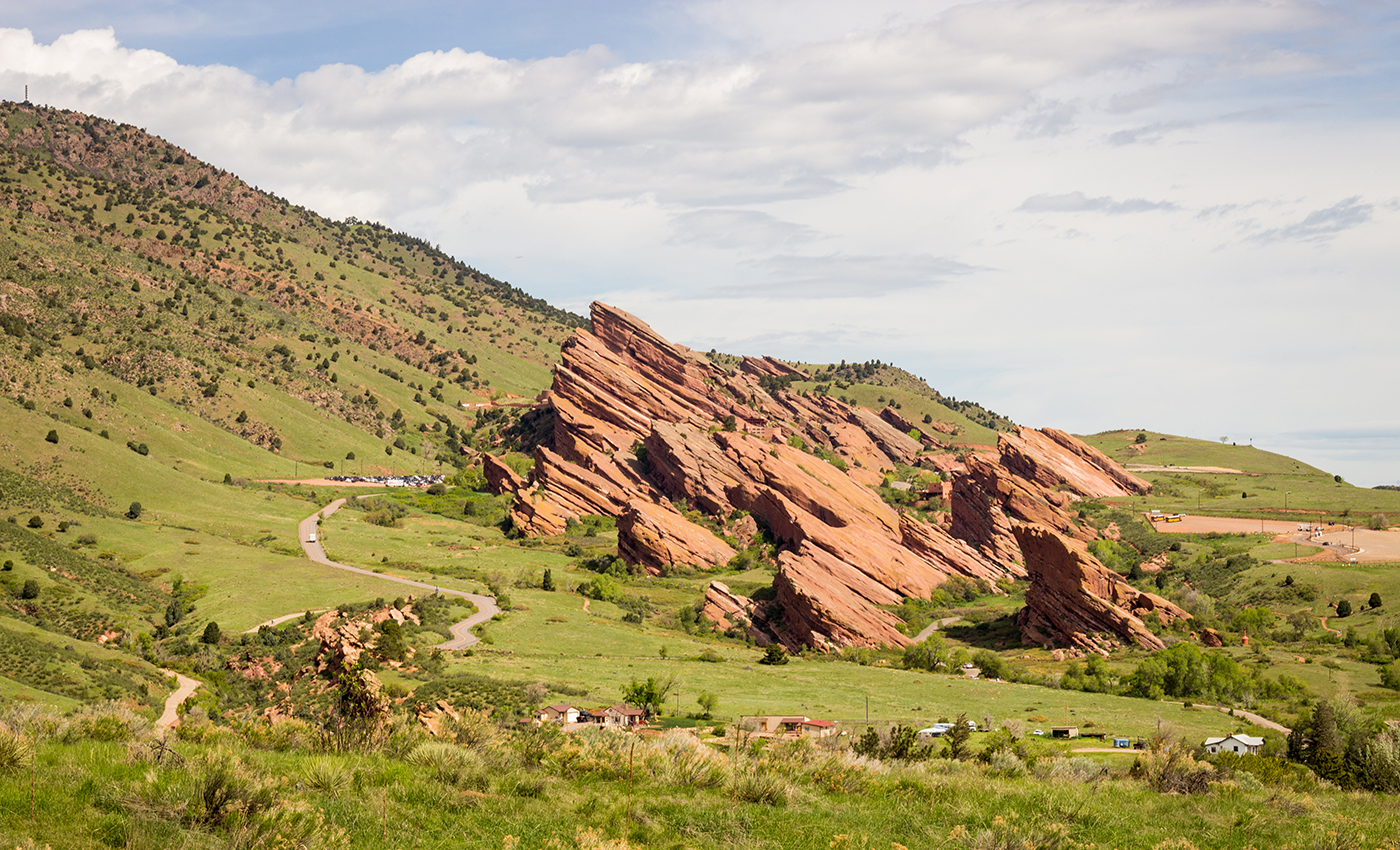 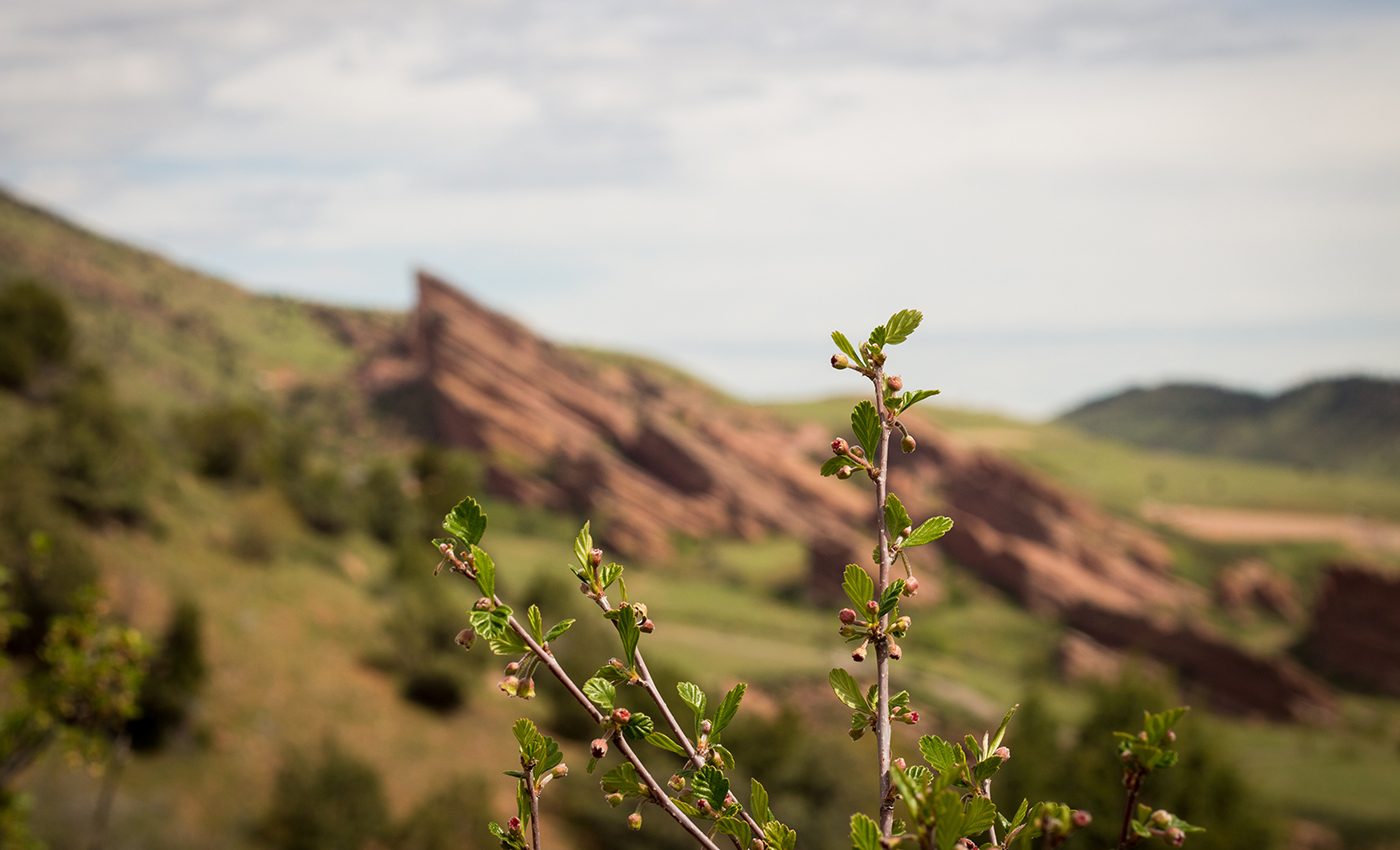 Halfway to the top, we stopped to take some photos and rest in the shade of the trees. I panted, looking around at the beautiful trees and brush, the rocks and of course the distance we had made. That was when I glanced to the right of the trail and spotted a tree with a wooden sign that read, “WILL YOU MARRY ME?” No one noticed it but me. I looked at them and back to the sign. “What the f*ck is that?” I said. Chris followed my point and quickly stated it wasn’t his, “promise!” The girls laughed and Chris continued to roll his eyes, like he would never whittle a wooden sign and pin it high in a tree. And yea, it never truly crossed my mind that the sign was his. But maybe for a split, like really fast, split second…we all giggled and continued on. 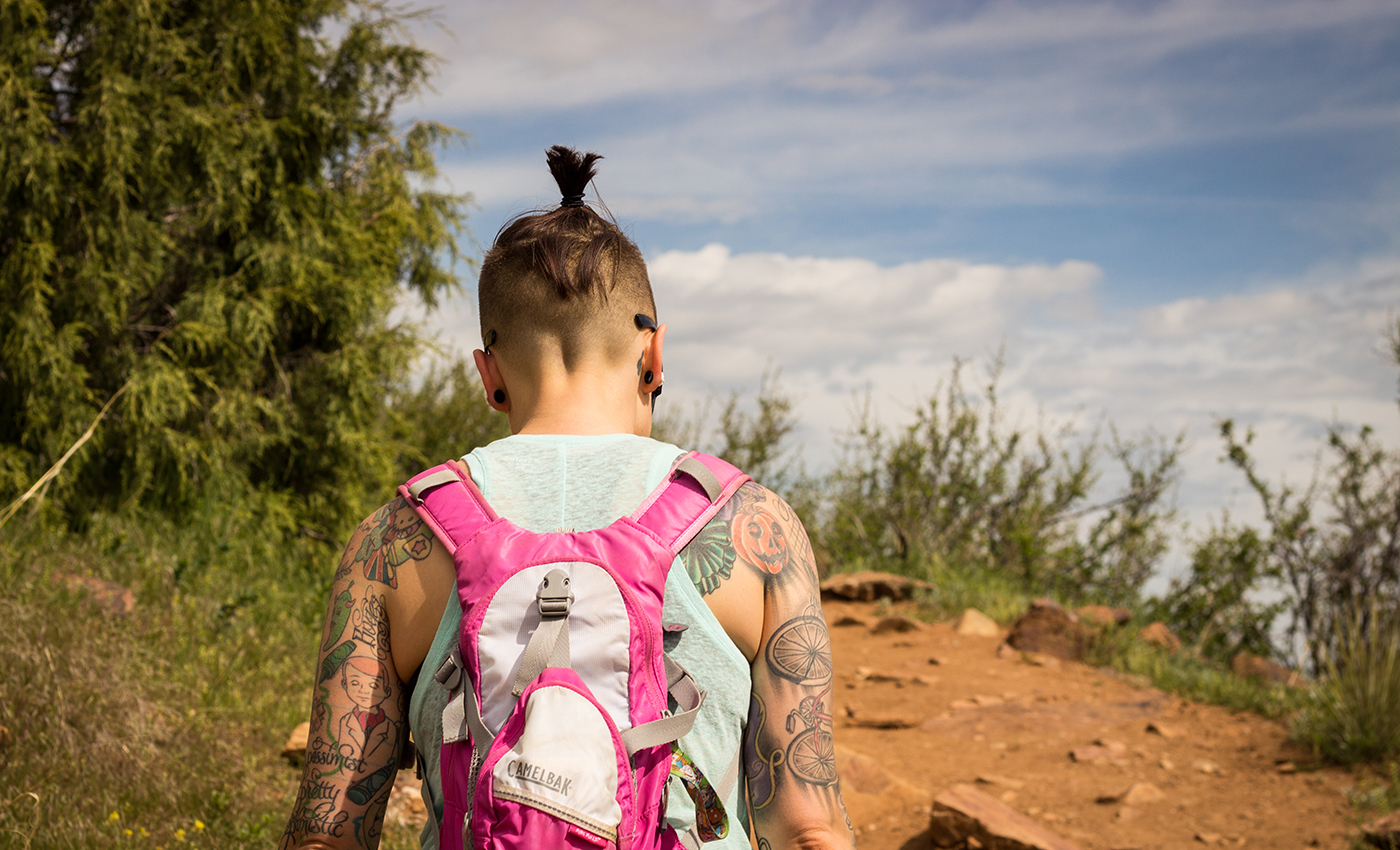 We continued hiking to the highest point of our trail, which didn’t take much longer. We stood overlooking the trail and all below. Chris asked Aly if she could take a photo of he and I, while Andrea stood further along on the trail, googling where to go next. Chris approached me as I found a flat spot to stand. He turned me to him, smiled, and very quickly said, “I love you. Will you marry me?” I think I made a really awkward smile and said “Yes, Duh.” He took out the ring from his gym shorts and held it up to me. We hugged, I put the ring on, we held hands, and turned to our cousins. It was a very quick and uncoordinated, but special moment. 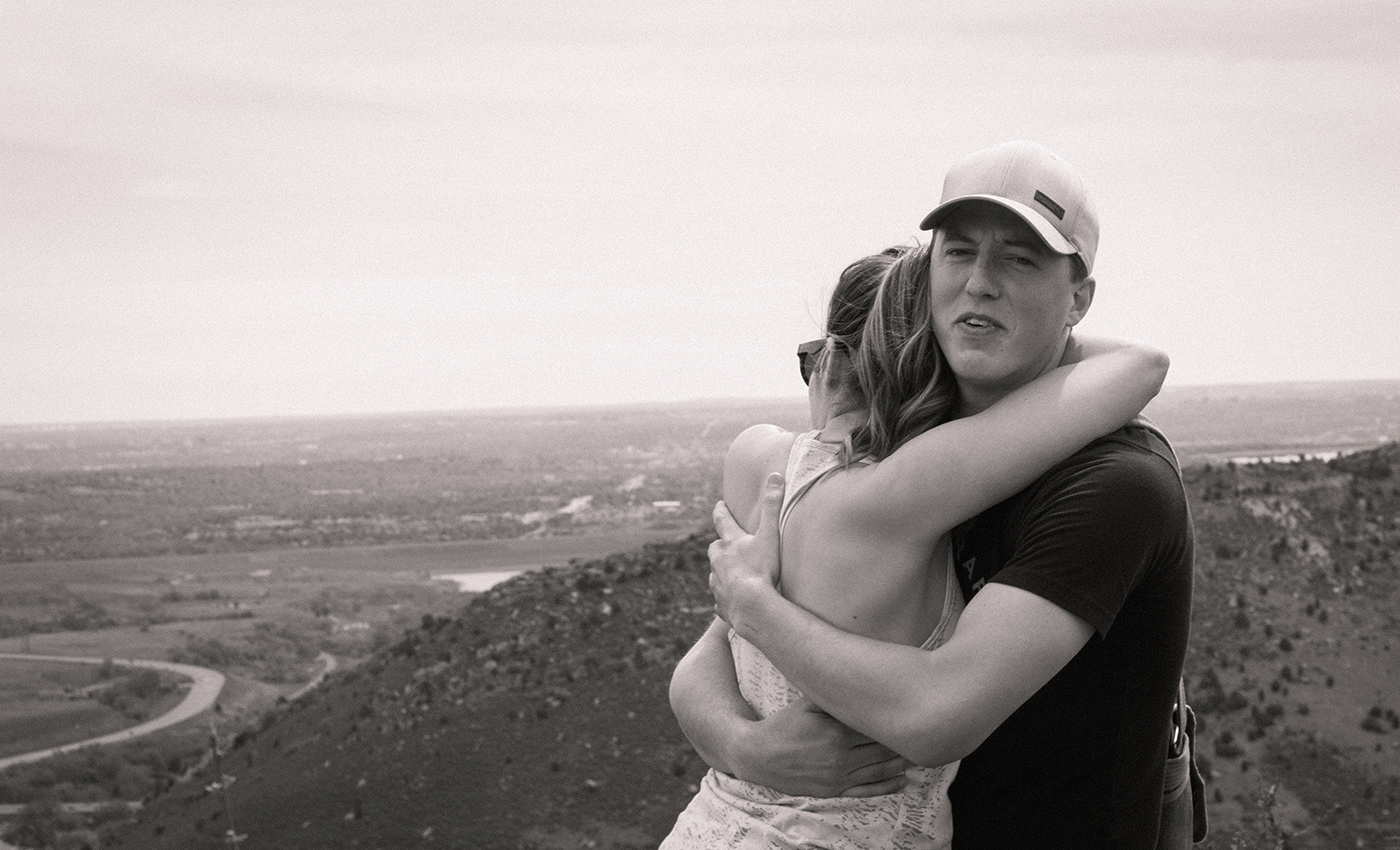 Andrea looked up from her phone, “Whaaat just happened?!” and Aly, mouth agape, held the camera up saying she missed it and what was going on!? Chris had told no one he was doing it, not even Aly and Andrea – thus the shock. He attempted to set up the video for Aly to use, and though the video didn’t work, she DID manage to snap some photos. Thank you Aly!!

We held hands on our way down the hike. Chris exclaimed, “We’re engagement buddies!” to the cousins, referring to our trip to Denver to watch Aly propose to Andrea with the help of Sara Bareilles. “Alright, Sara, you can come out now,” Andrea said as she motioned to the hills. After our hike, we celebrated with some beer at Cannonball Creek Brewery, because such is life. We FaceTimed family members on the car ride home and when we got back to Aly and Andrea’s home, we spent at least an hour sitting on their deck calling family members and friends about the engagement. Afterwards, we needed a nap. It was exhausting being engaged.

That night we went across the city to First Draft, a restaurant with craft brews for sale by the ounce, and then enjoyed beer from Ratio Brewery, Goldspot Brewing, and Call to Arms Brewery. Aly knows her beer.

Saturday morning we left mid morning for Wellington Lake at Castle Mountain Recreation, a short drive from Denver. The drive took us past our hiking trail and further into the mountains with the road winding around the red rocks. After a long dirt road, we made it to the lake. We were on top of a mountain! 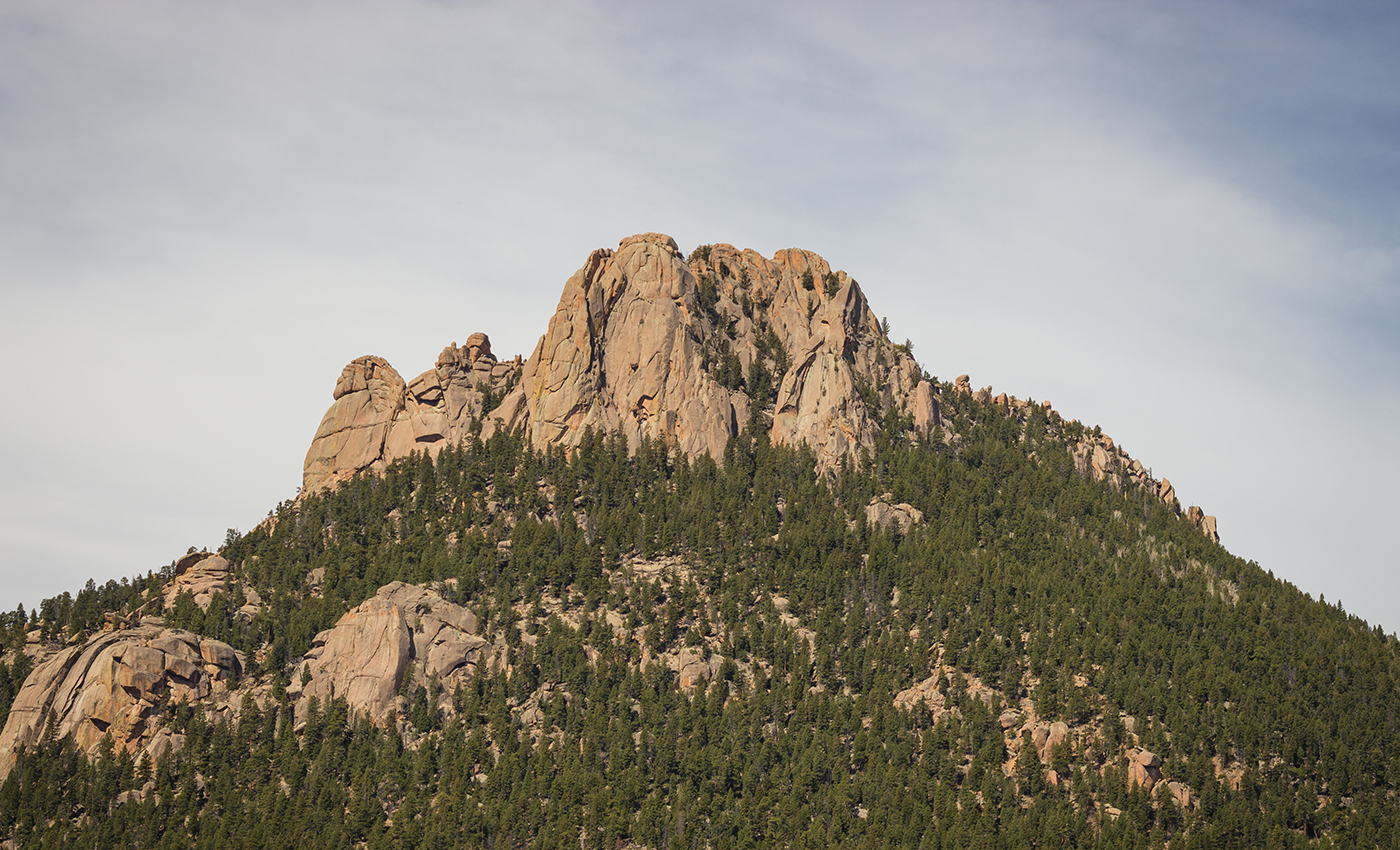 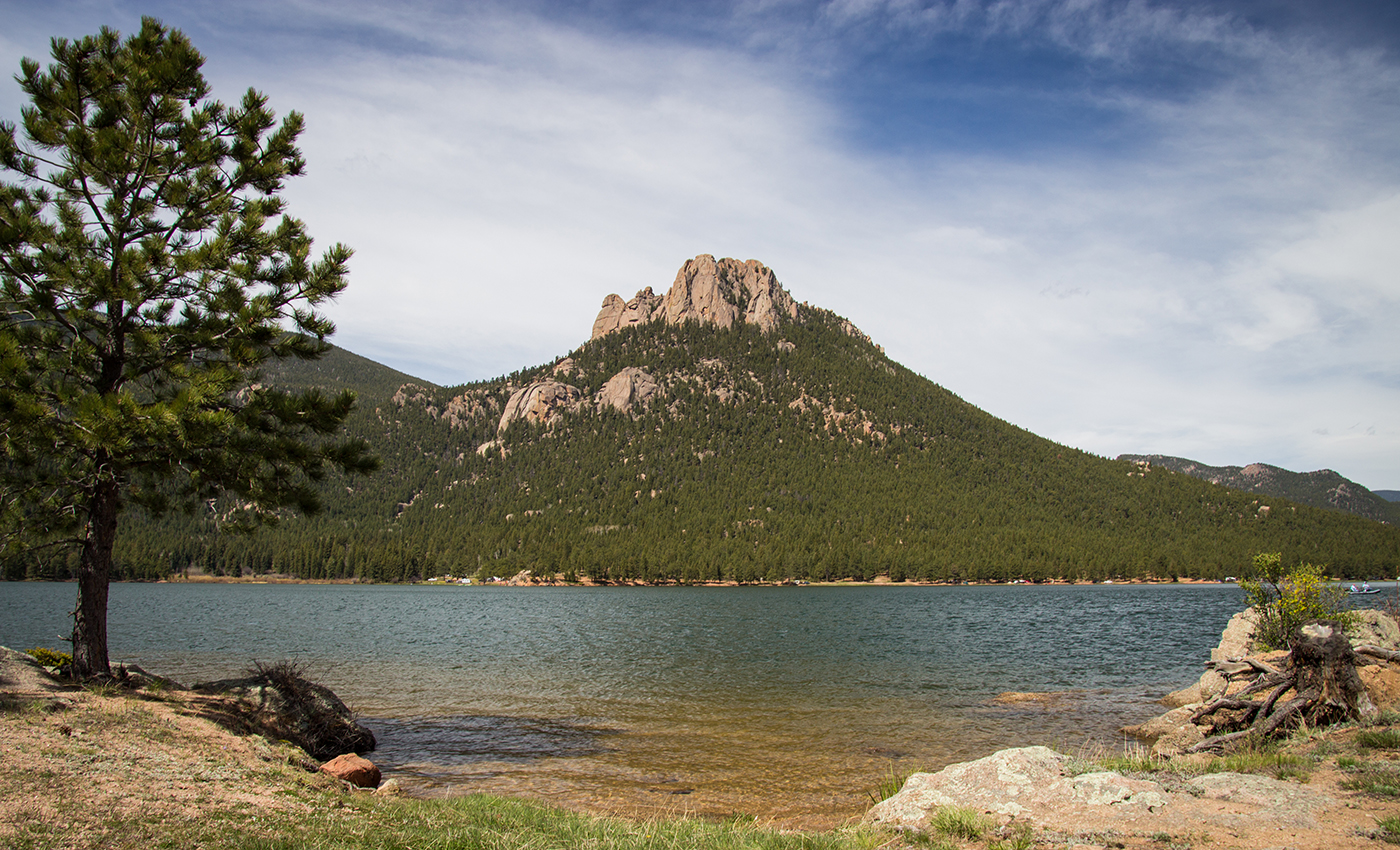 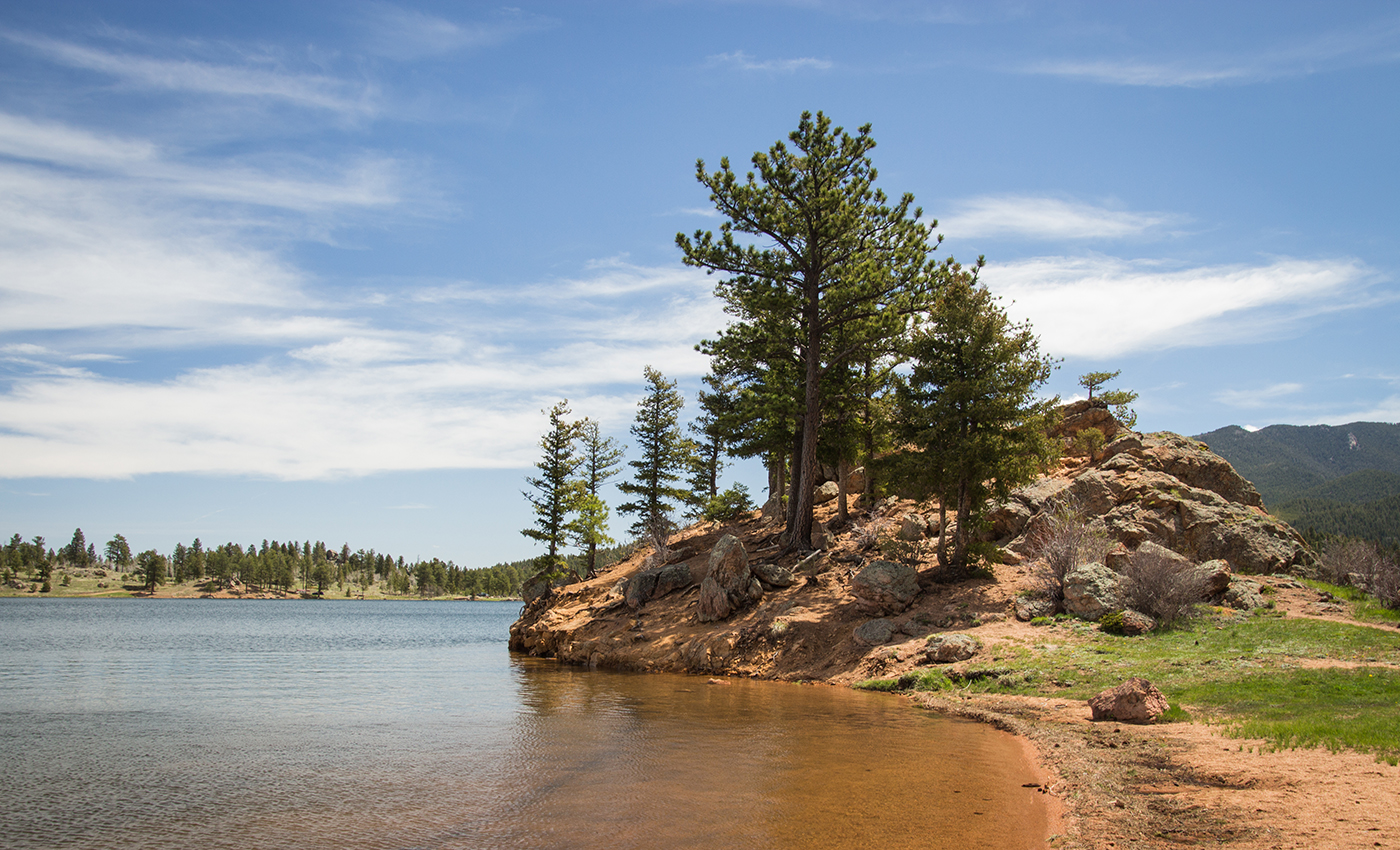 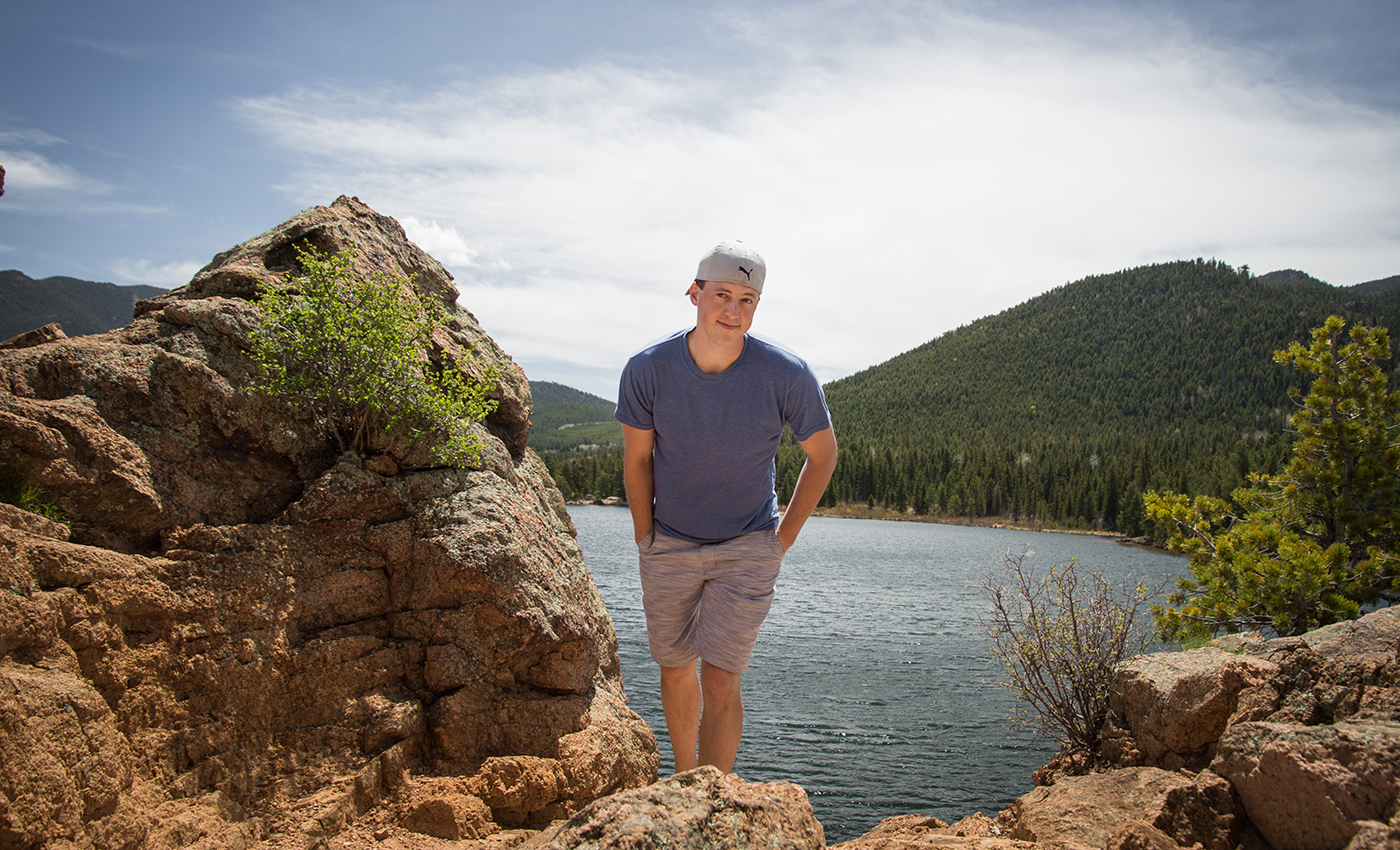 After our drive through the wilderness, we ate tacos at Avanti, a “bi-level shipping container with a variety of vendors” and a rooftop bar. 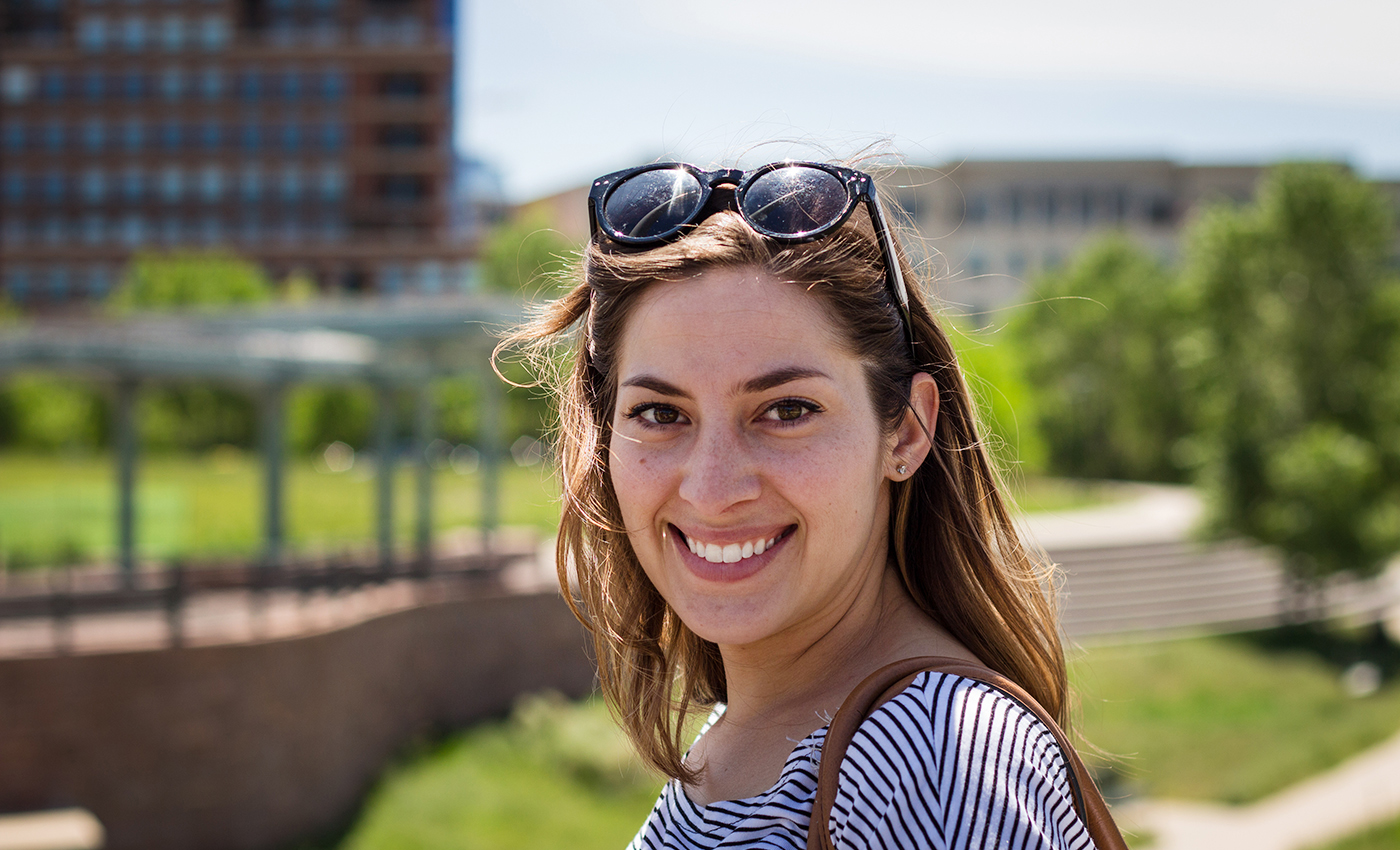 We then met Aly at Comrade Brewery where she was working, and she served us a tray of cute little beers for sampling. Chris drank the light ones, and I drank the dark. When her shift was up and our beers were drank, we brought Aly home. They duked it out playing bags in the backyard, while Andrea and I relaxed on the patio. That night, Chris helped Aly set up her new grill, which she deliberately bought for guests who eat meat. We grilled vegetables, corn on the cob, vegan brats, and drank copious amounts of craft beer that kept coming from an abyss in Aly’s fridge. We drank and drank, ate brownies, played Cards Against Humanity (extended version, duh) and Catch Phrase. That night, we died of laughter thanks to Andrea’s snapchats and Chris’ difficulties playing Catch Phrase.

On our last day in Denver, we enjoyed homemade pop tarts at Sugar Bakeshop and Coffee house–a place I had found while reading the Delta magazine on the airplane–and then ate at The Hornet off Broadway Street. We walked around the Highland Bridge overlooking the South Platte river, and then drank and laughed on a rooftop bar with big umbrellas, misting water, and big mixed drinks. Our long, joyous, engagement weekend could not have been better, and would not have been possible without the thoughtfulness of our hosts. Andrea, thank you for freaking hiking at 8 months pregnant, for driving us all over the city, and being such a patient and happy pregnant woman. It looks good on you. And Aly, thank you for every thoughtful detail, giving us arriving and parting gifts, for all the beer and food, and giving us your car for the day. We thank you both again and again for being there for our special moment and celebrating it with us! 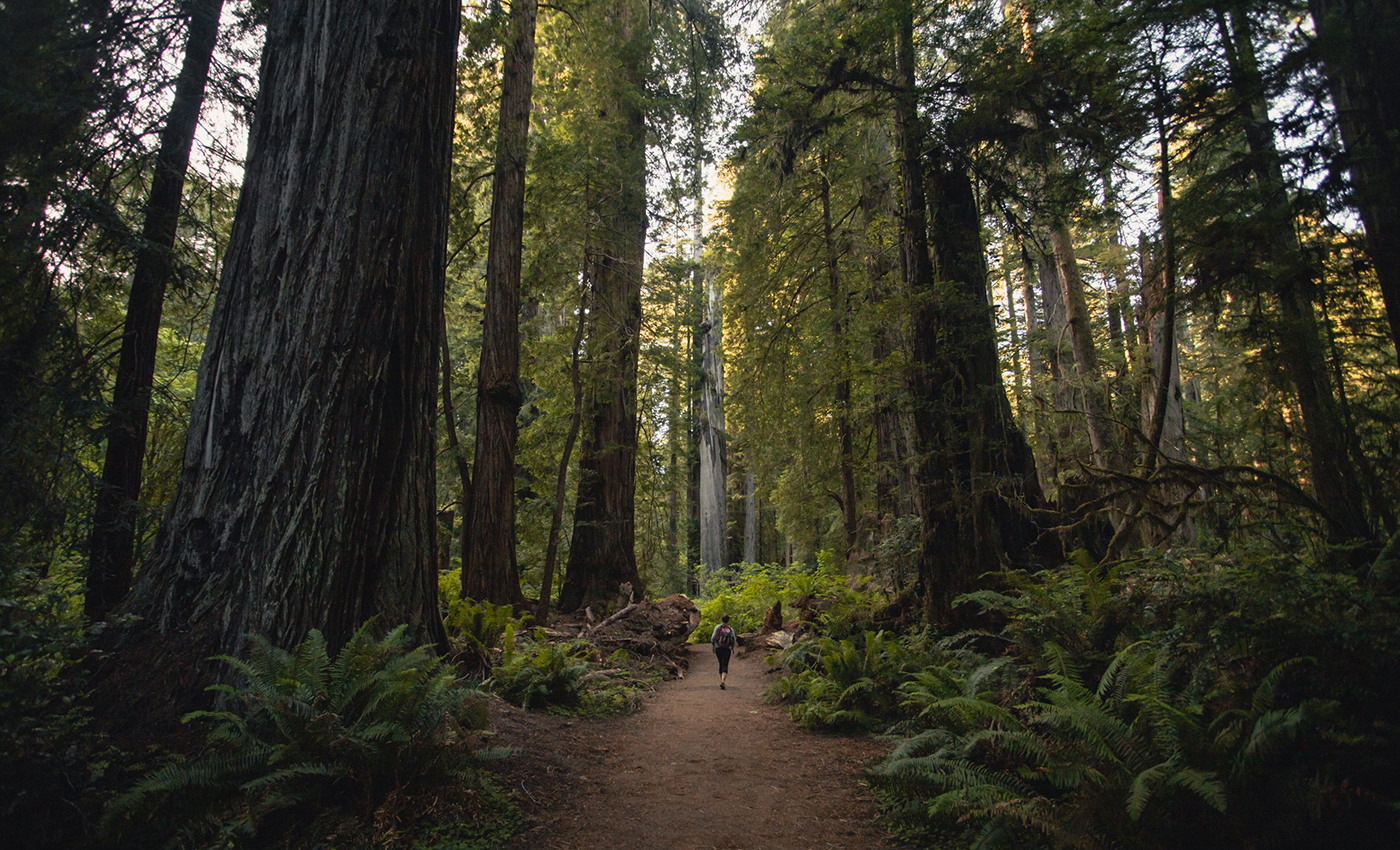 Day 6 I tried not thinking about bears and mountain lions throughout the night. We woke early around 6:00am and drove to a magical place called Fern Canyon. Hazy orange … read more 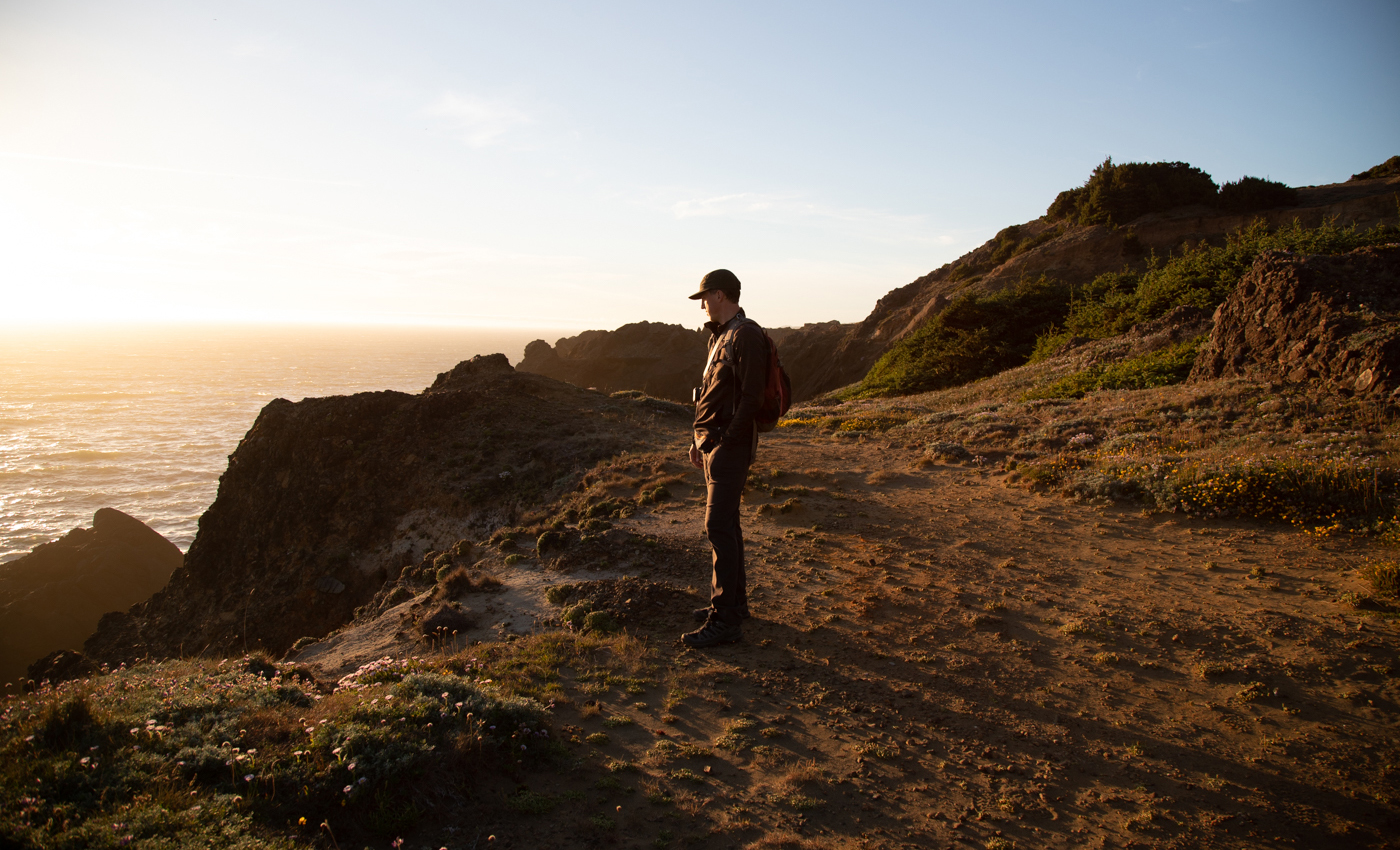 On the brink of the excursion, Heather kindly brought us to the airport. A delayed flight left two hours later than scheduled, and we struggled to sleep on the flight … read more 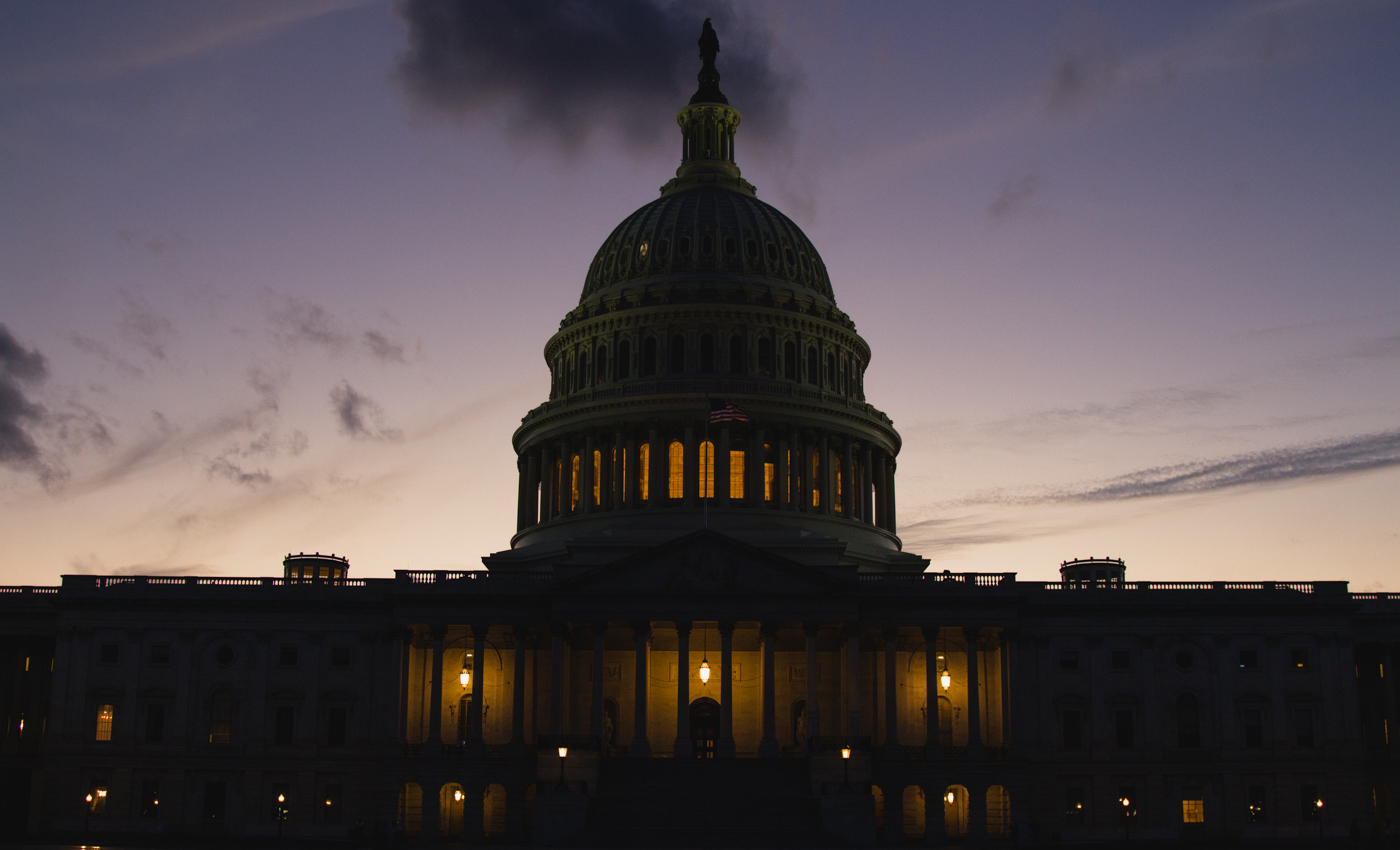 Day 1 Sweet Heather dropped us off at the airport that Friday evening. Despite being prime time for spring break crowds, we were through TSA precheck and sitting in the … read more 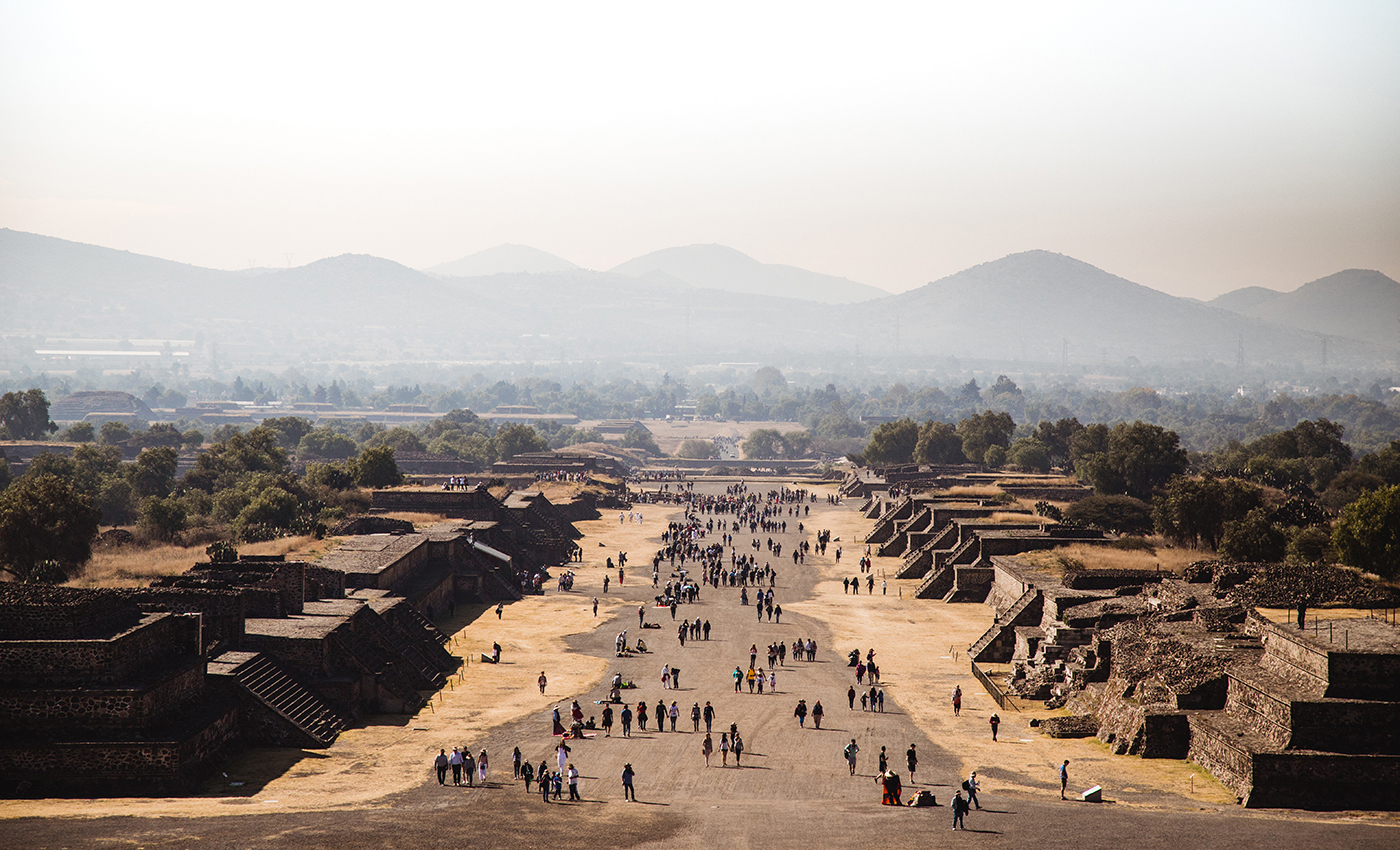 Day 6 It was a new day. We had just a couple more tours left of the trip and we spent our 6th day in a different neighborhood, Coyoacán, the … read more 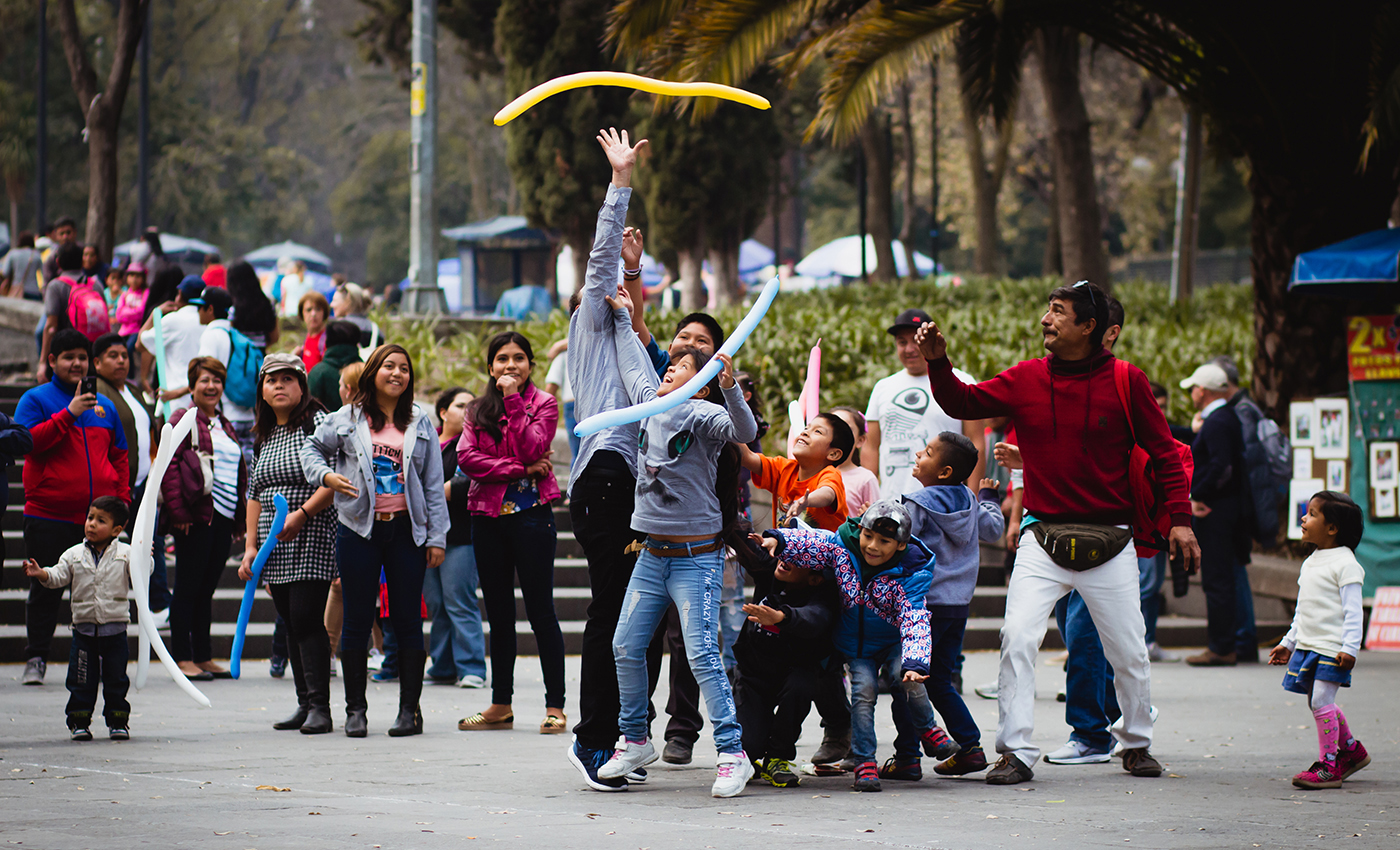 Day 1 Craig drove us to the airport on our morning out of Saint Paul. We were grateful for the ride, and exchanged Christmas presents in the car with Henrik. … read more 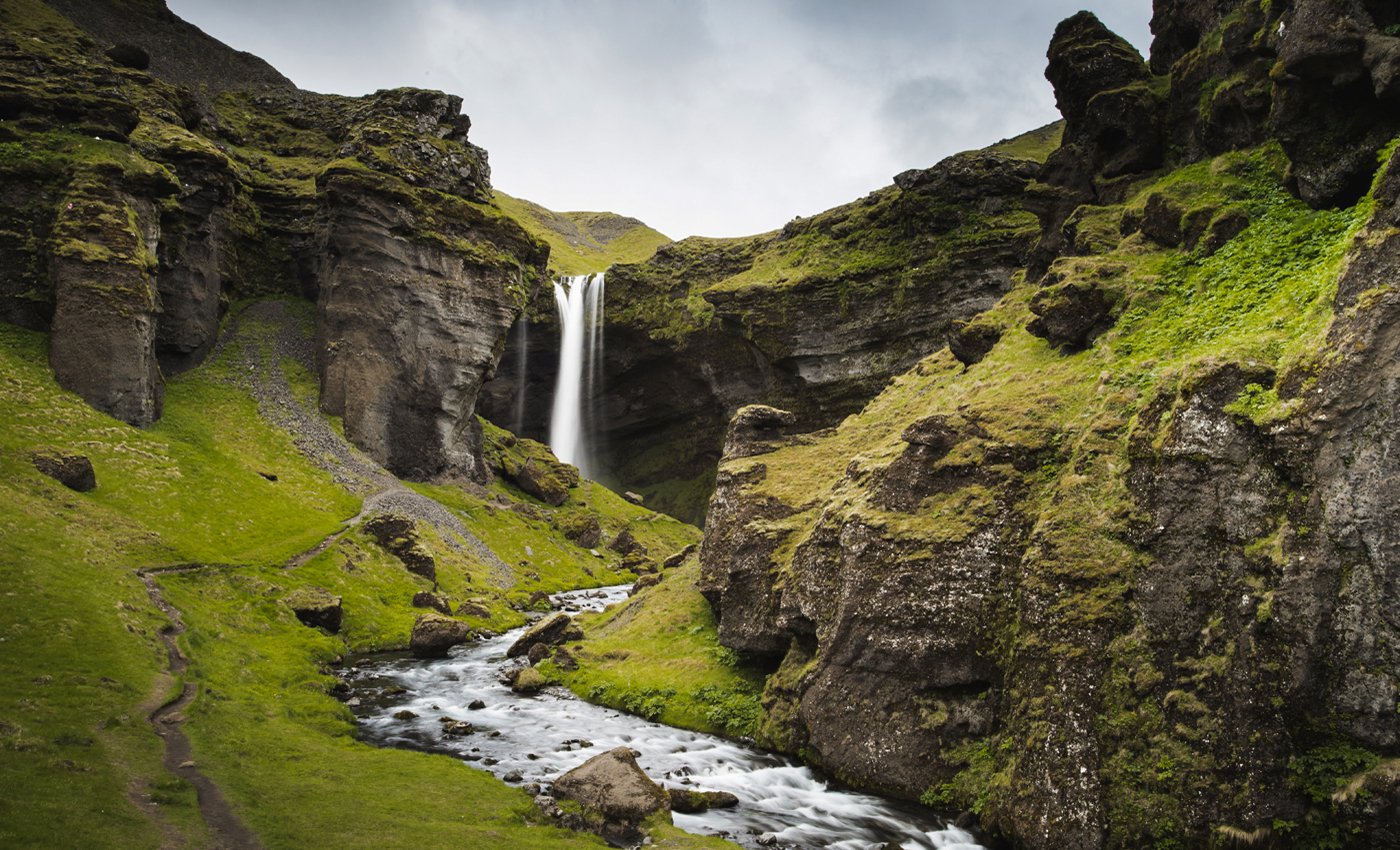 Day 6 That morning I couldn’t sleep through the midnight sun. I walked around, admiring the details of the home, trying to find angles to photograph. A map of Iceland … read more 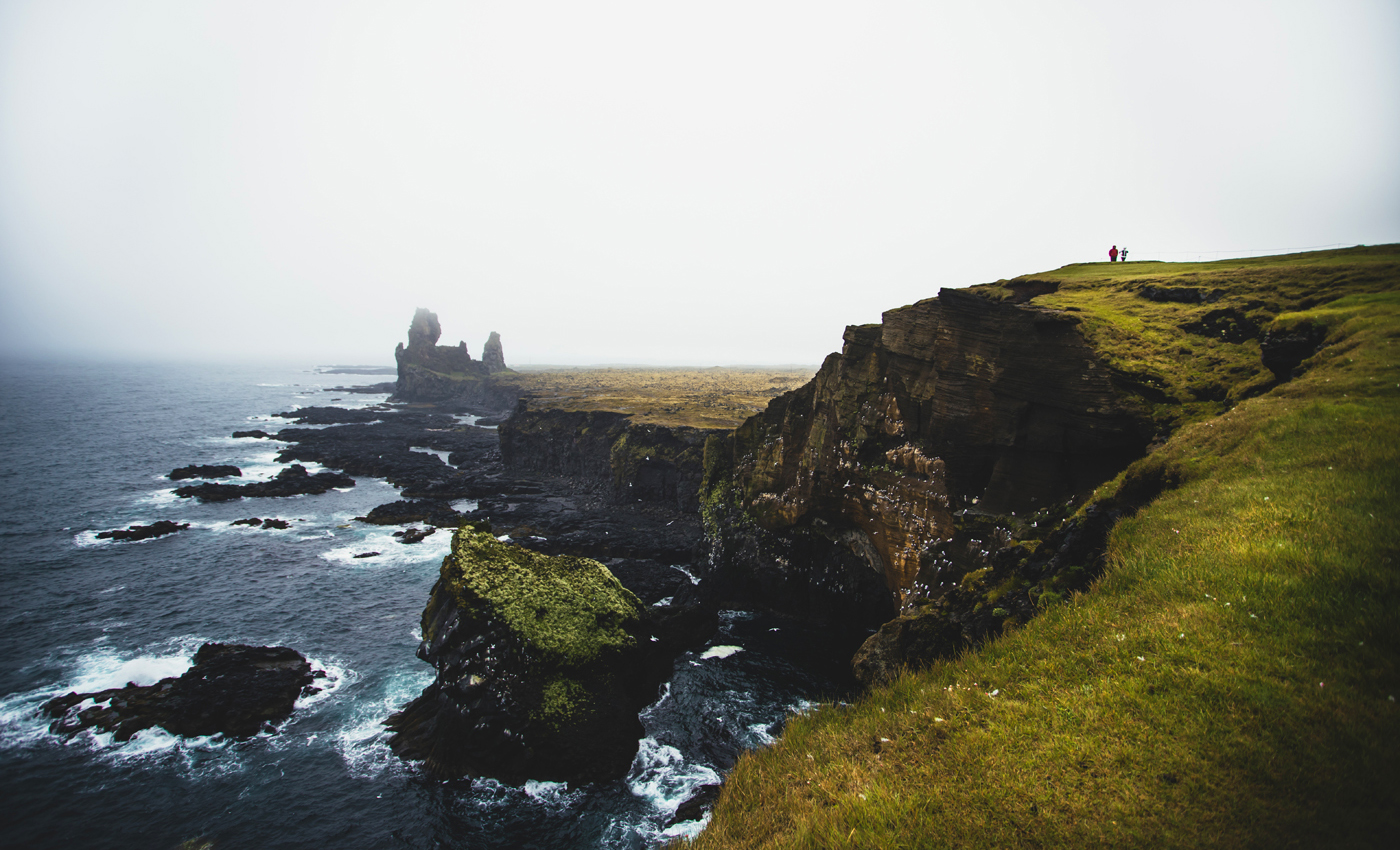 Day 1 As most trips go–the packing, juggling of luggage, standing in lines, and finding the right train that carries you away from home–it’s usually with a hitch or two, … read more 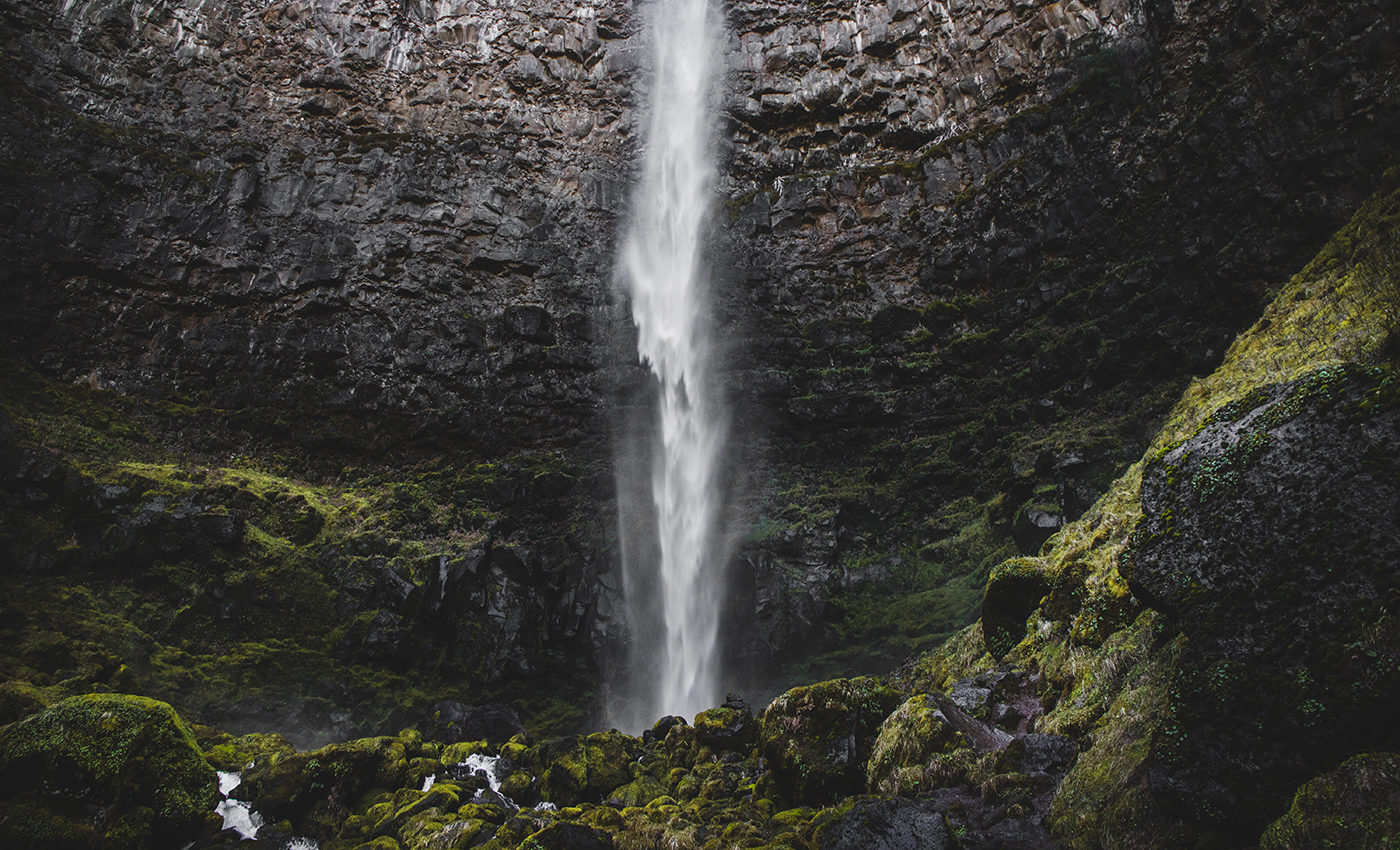 Day 1 It was spring break. So the airport was a bit of a nightmare, with a stressfully long security line, the longest we’d ever seen. We got through, though, … read more 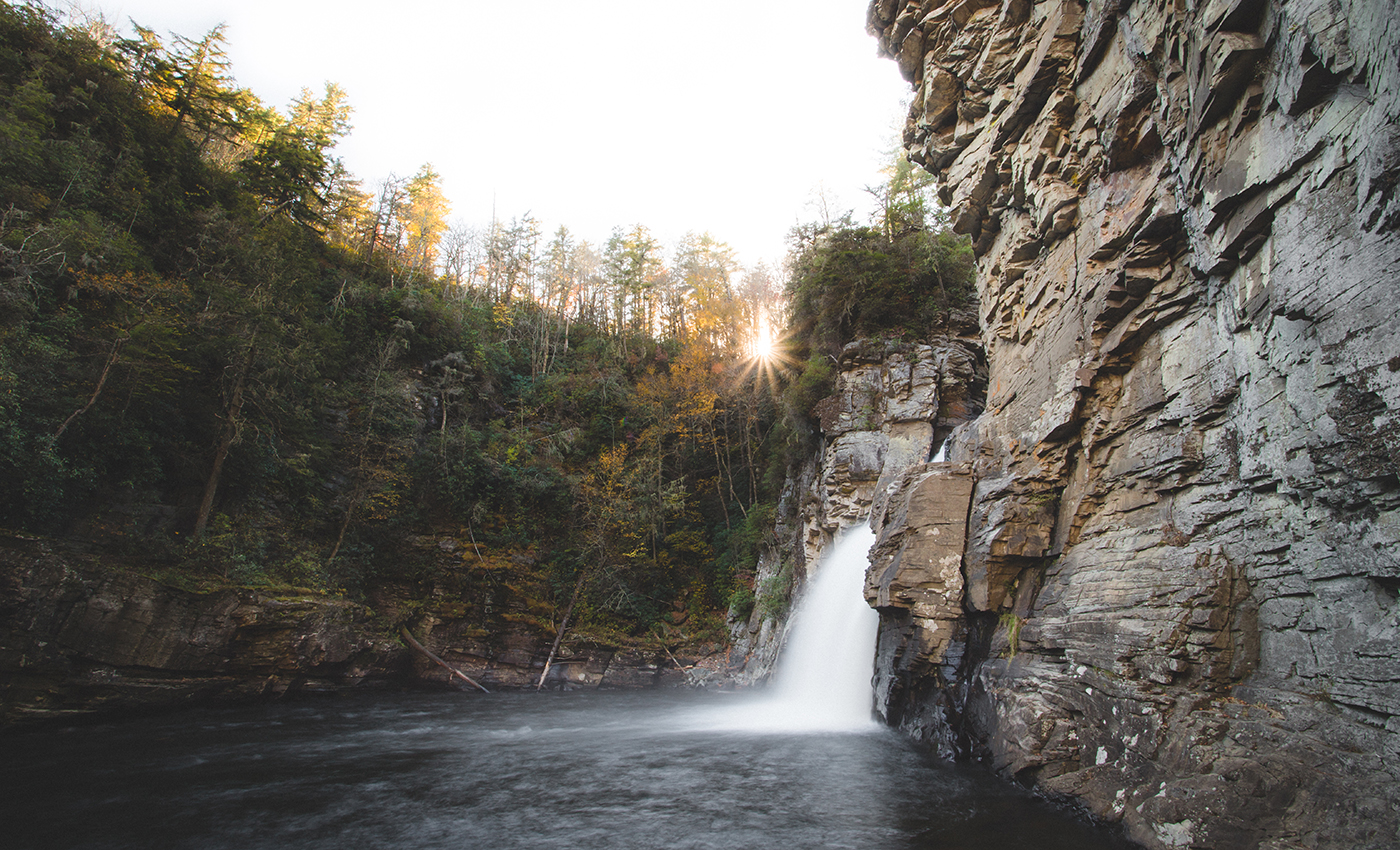 Day 1 Asheville was like a little treat. Not only did we essentially get free flights and lodging (because, points), we treated ourselves by parking at the airport, something we … read more 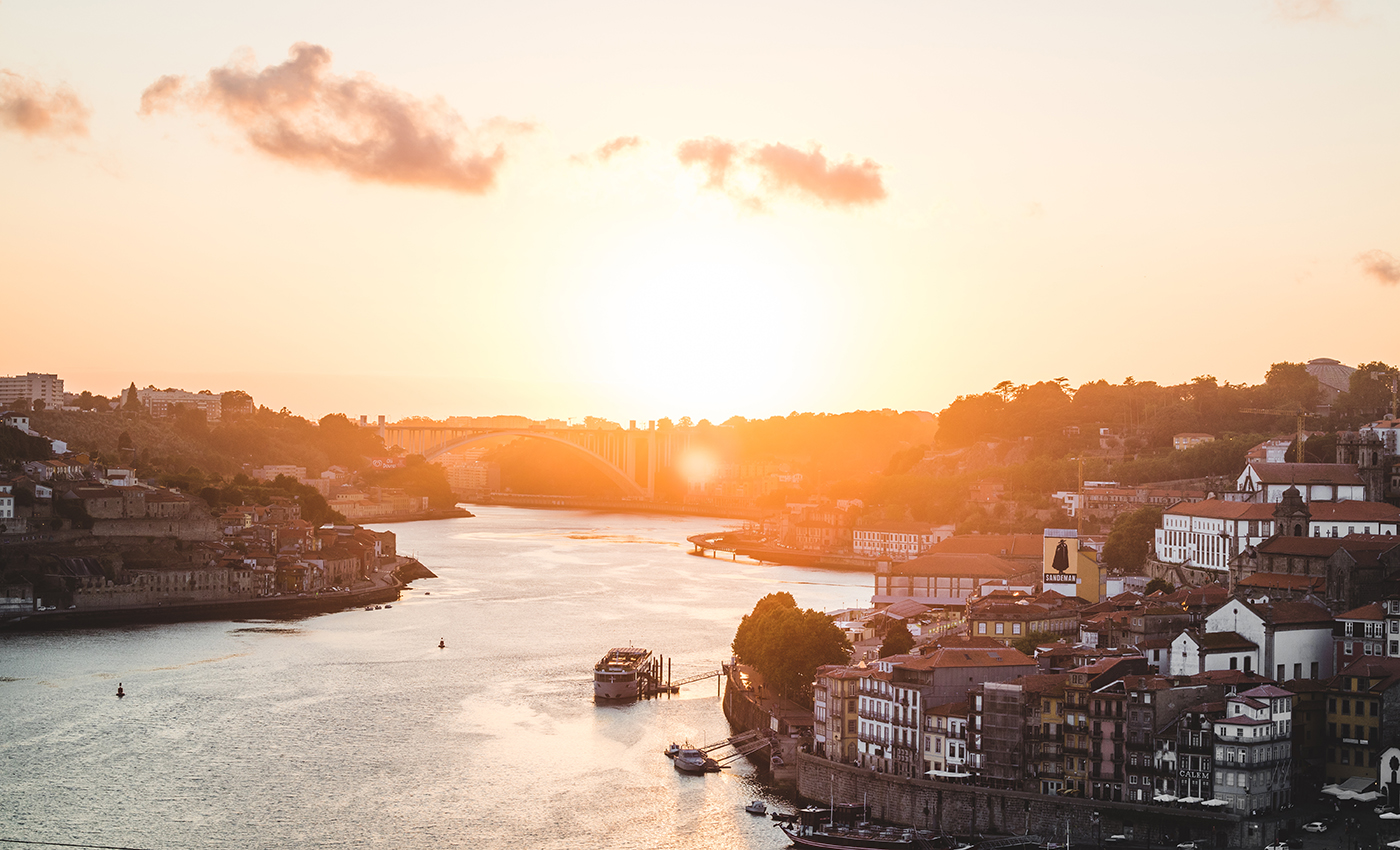 Day 8 – Madeira We were up before the sun. Daniel, our taxi driver, drove us north to the airport, suggesting things to eat and see while in Madeira. He … read more